“Waiting In The Wings: The Musical,” Starring Shirley Jones, Sally Struthers and More, Will Debut in NYC in June

“Waiting In The Wings: The Musical,” a new movie musical, will make its New York City premiere June 22 at 2 PM at the Manhattan Film Festival.

Waiting In The Wings: The Musical, according to production notes, concerns “two entertainers, destined for the big time, [who] are mismatched in a casting office from two very different online contests. Anthony (Jeffrey A. Johns) is an optimistic and overtly naïve musical theatre performer living in Big Timber, Montana with big Broadway dreams. Tony (Adam Huss), on the other hand, is an extremely attractive and more than somewhat cocky stripper making the big bucks in the Big Apple. Anthony envisions his big break when he enters a contest to be in an Off-Broadway show in New York City. Tony sees ‘$’ signs when he finds a competition entitled, ‘America’s Strip Search!’ Thanks to these online contests being held by the same production company and our leading men having the same name an unexpected case of mistaken identity explodes. Hilarity ensues as they realize that ‘to make it’ they’re gonna have to learn some new tricks.”

The screening will take place at the Quad Cinema, located at 34 W. 13th Street. Tickets are $11. For additional screenings throughout the country, visit www.WaitingInTheWingsTheMusical.com. 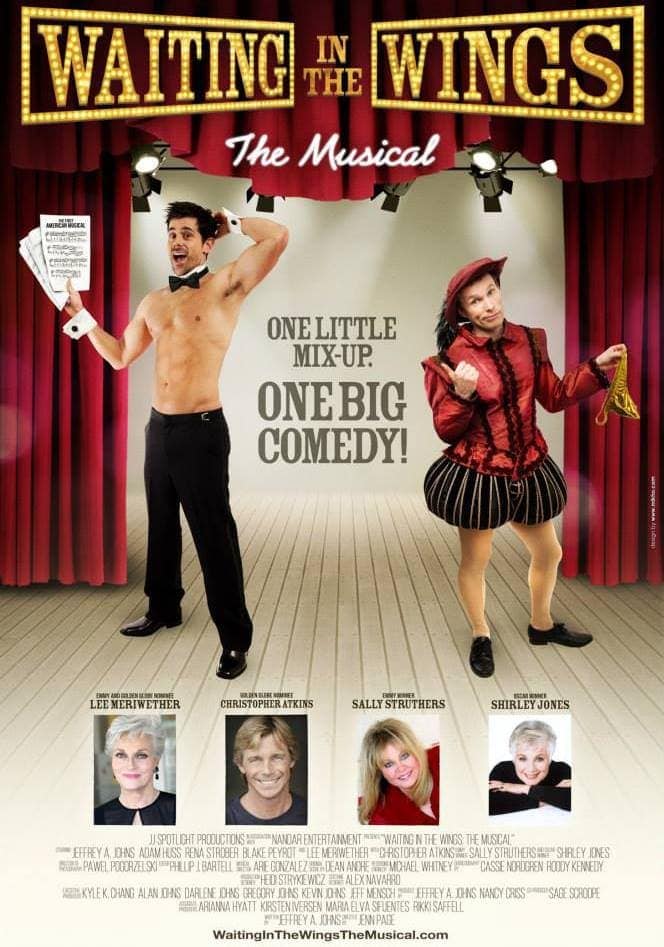