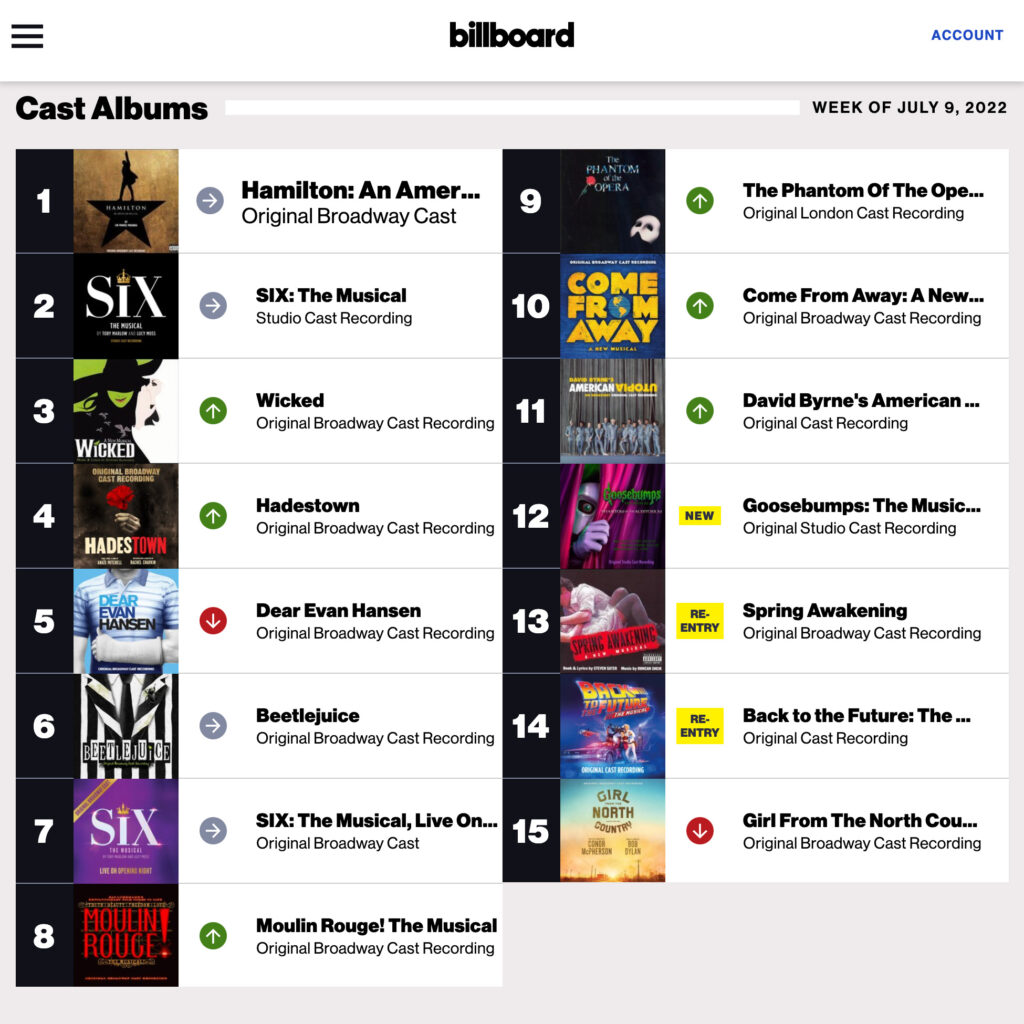 Goosebumps® The Musical: Phantom of the Auditorium (Original Studio Cast Recording) debuted at #12 on Billboard’s Cast Albums chart for the week of July 9, 2022. Of the shows represented by the 15 albums on the chart, Goosebumps The Musical is the only one to have achieved the distinction without the help of a Broadway production. It is also one of only four albums on the chart to have been released within the past year.