Ghostlight Records has announced the release of the Original Off-Broadway Cast Recording of Fancy Nancy The Musical. The acclaimed children’s show is currently running at Vital Theatre Company, New York’s leading not-for-profit family theatre. The album will have a digital release of March 12 with physical copies online and in stores on April 23. The show features music by Danny Abosch, book by Susan DiLallo and lyrics by both. The musical is based on the book series written by Jane O’Connor and illustrated by Robin Preiss Glasser.

The Fancy Nancy book series phenomenon, which has sold over 20 million volumes, has now been adapted as a stage musical as the brand continues to strengthen and expand across the board in the children’s market it already dominates. Fancy Nancy The Musical opened on September 29th, 2012 and has been extended twice. The national tour launched earlier this year and will be performed into 2014. The original cast on the CD features Alyson Bloom, Darilyn Castillo, Tricia Giordano, Jes Dugger, Kyle Motsinger and Amanda Savan.

Sh-K-Boom with its imprint Ghostlight Records has built a library of over 120 records in the last 12 years, featuring cast recordings, concerts and solo shows. Ghostlight won the Grammy Award for The Book of Mormon, and released the Broadway cast recording of Newsies, the premiere recording of Carrie, the new Grammy-nominated cast recording of Anything Goes, plus the originl cast recordings of Catch Me If You Can, Sister Act and Women on the Verge of a Nervous Breakdown, as well as solo albums from Broadway’s Sutton Foster, Kelli O’Hara, Alice Ripley, Christine Ebersole, Melissa Errico and Ben Vereen. Other titles on Ghostlight including the Grammy Award-winning In the Heights, Next to Normal, Hair, Legally Blonde, Everyday Rapture, Passing Strange, Dirty Rotten Scoundrels, The 25th Annual Putnam County Spelling Bee and The Drowsy Chaperone.

To pre-order the CD (and receive it EARLIER than the April 23rd release date!) click here: http://www.ghostlightrecords.com/albums/fancy-nancy-original-cast-recording.html 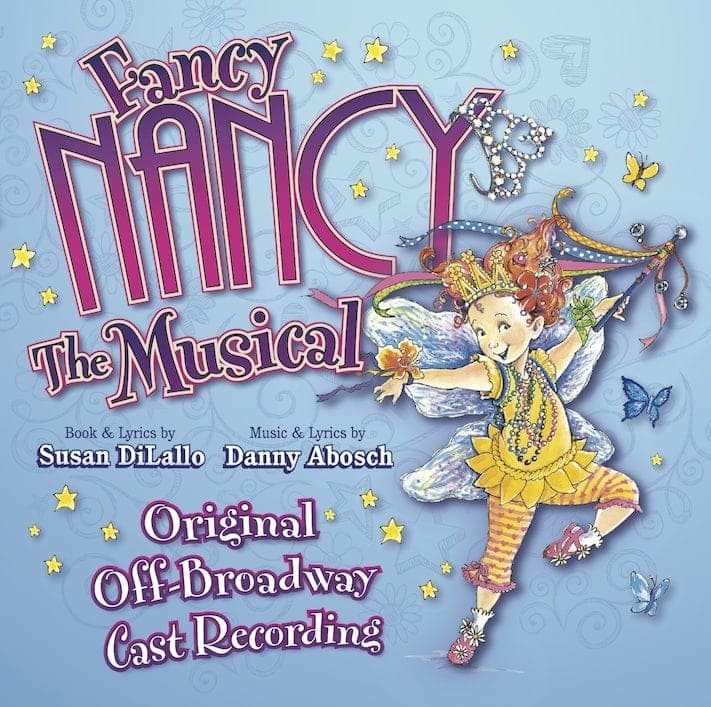