The New York Musical Theatre Festival will launch this season with a special opening night event “MEETING OUR HEROES: A Tribute to the Composers Who Inspire Us” at The Laurie Beechman Theater at The West Bank Café (407 West 42nd Street) on Monday, July 7 at 7:00 PM. Four of musical theater’s most celebrated composers will appear to be honored by four emerging songwriters for an intimate, history-making night of songs and stories, as they pay tribute to the writers who inspire us. Featuring a cast of Broadway friends, this one-night-only concert opens NYMF with music from established and new writers alike and honors the individuals who have made an indelible mark on the musical theater community.

Special awards will be presented to the established composers for their contributions to the musical theater community and for their nurturing of emerging writers.

Now in its eleventh year, the Festival is the largest musical theatre event in America. The preeminent site for launching new musicals and discovering new talent, the Festival provides an affordable platform for artists to mount professional productions that reach their peers, industry leaders, and musical theatre fans. More than 90 Festival shows have gone on to productions on and Off-Broadway, in regional theaters in 48 states, and in more than 20 countries worldwide. Festival alumni have received a wide array of awards including the Tony Award and the Pulitzer Prize. In 2013, NYMF received a special Drama Desk Award in recognition of its work “creating and nurturing new musical theatre, ensuring the future of this essential art form.”

NYMF Memberships, which combine charitable contributions with valuable, flexible ticket packages and perks like early seating and tickets to individual events, are currently available for purchase at (212) 352-3101 or www.nymf.org/member. For more information, visit www.nymf.org. 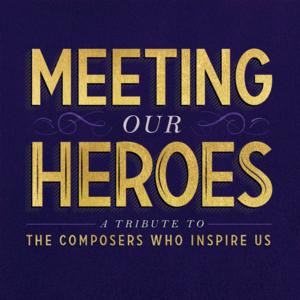